Navigation in the virtual space in the free mode without having to use the joystick.

Navigation is done by hovering the cursor on the horizontal navigation bar. The band expanded to a convenient size and the user starts to move forward. If the cursor is removed from the strip, the user stops.

the Activation of all elements of the plugin through the small window of time that the user has time to react and to understand what is happening. By default, this time is 1 second. For presentation applications, this is enough time, but for active video games is recommended to reduce this value to 0.3-0.5 seconds. 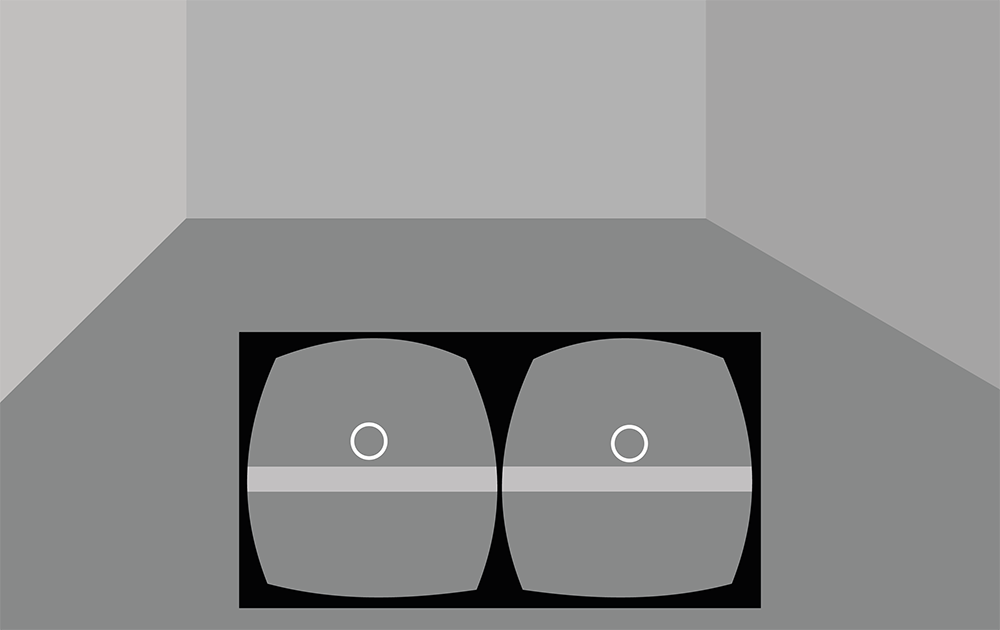 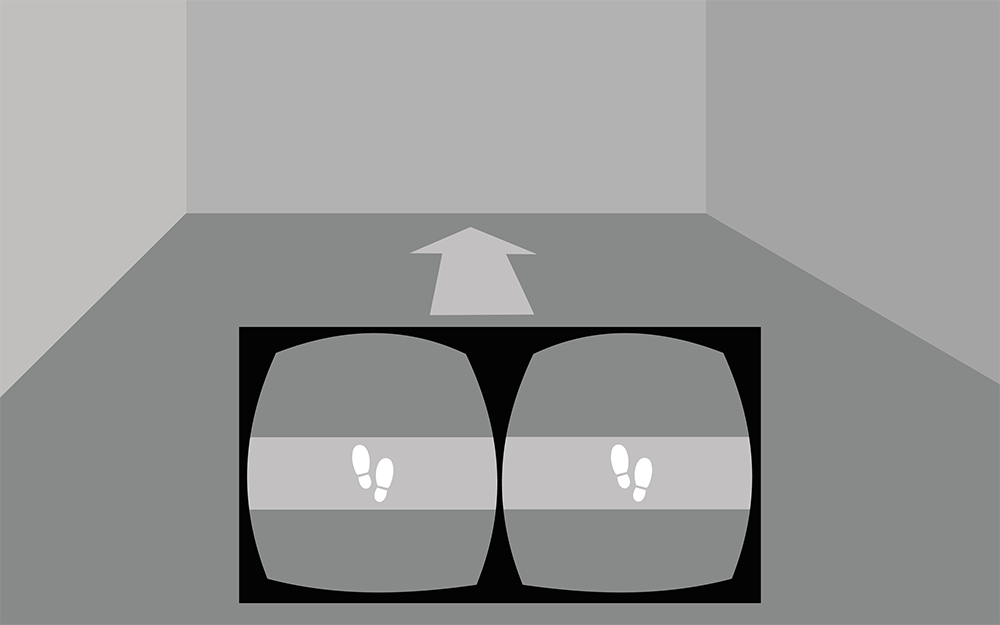 ↑ The navigation strip in the active state (the cursor is positioned on a strip, the user moves). 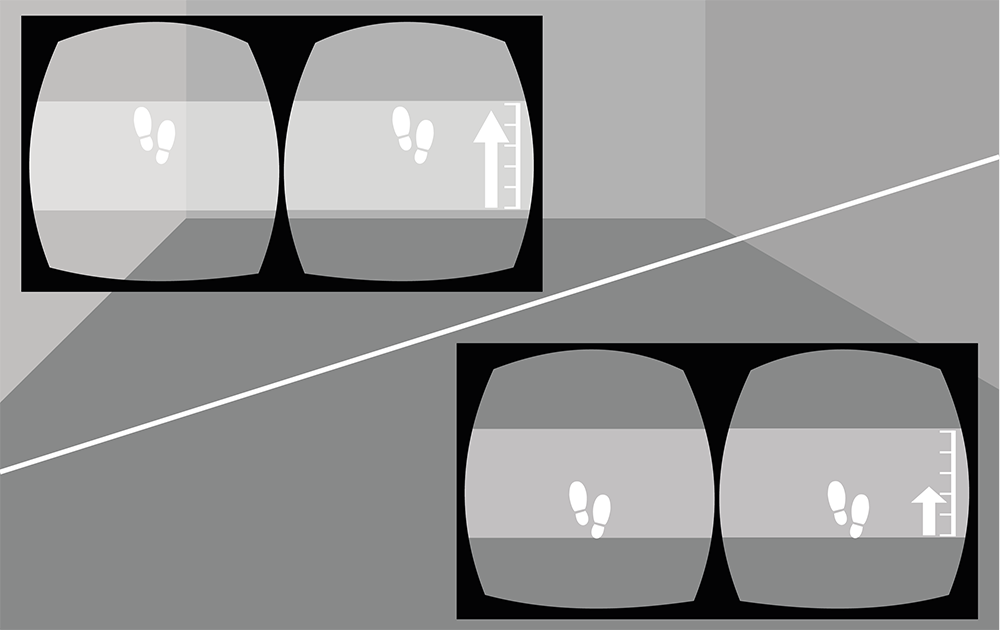 ↑ The navigation strip in the active state with a choice of speed of movement relative to the cursor position on the strip.

Organization of menus and sub-menus in virtual reality without having to use the joystick.

Navigation bands may be multiple, different or identical colors. In the transition to subsequent strip, extra disappear without cluttering the screen. The application developer can define in the plugin the behavior of the strip and select the strip type (see documentation).

the menu Items on the navigation strip, you can scroll left and right, turning head (see pictures below). 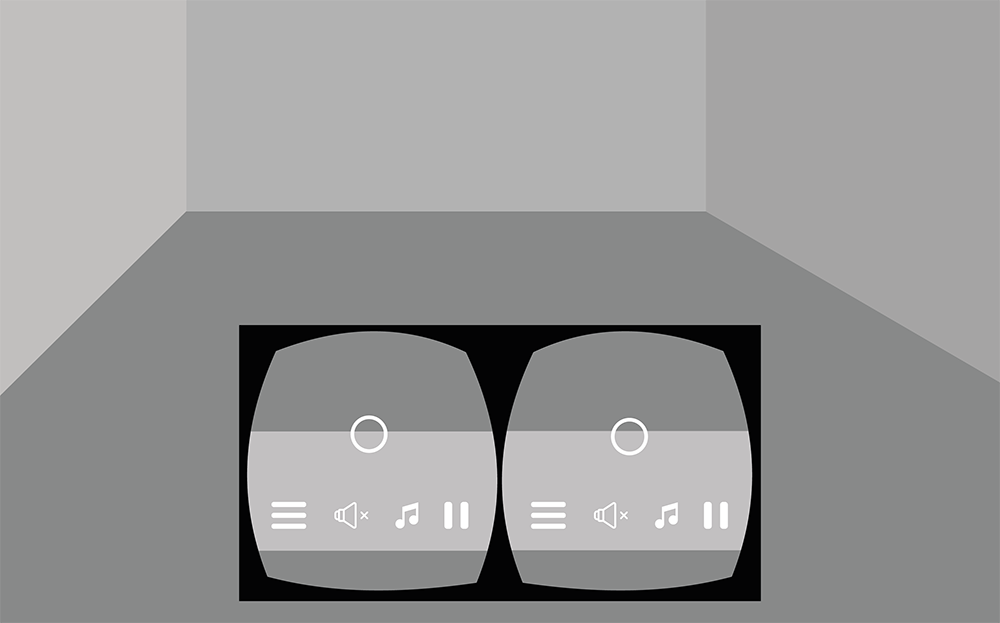 ↑ The navigation strip menu strip is active and the menu items are not active. 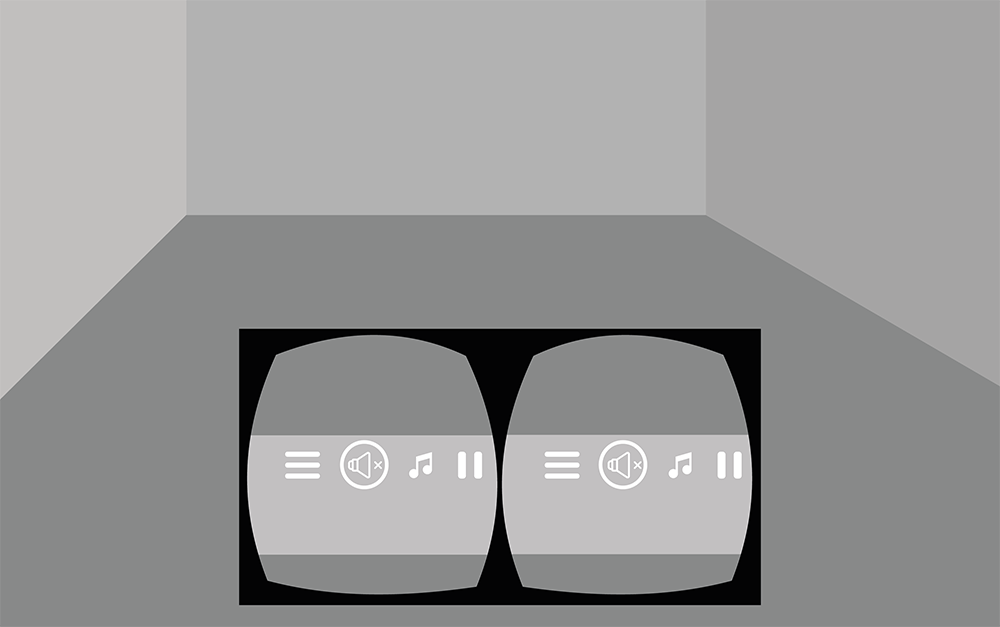 ↑ The navigation strip menu strip is active and the active one of the menu items. 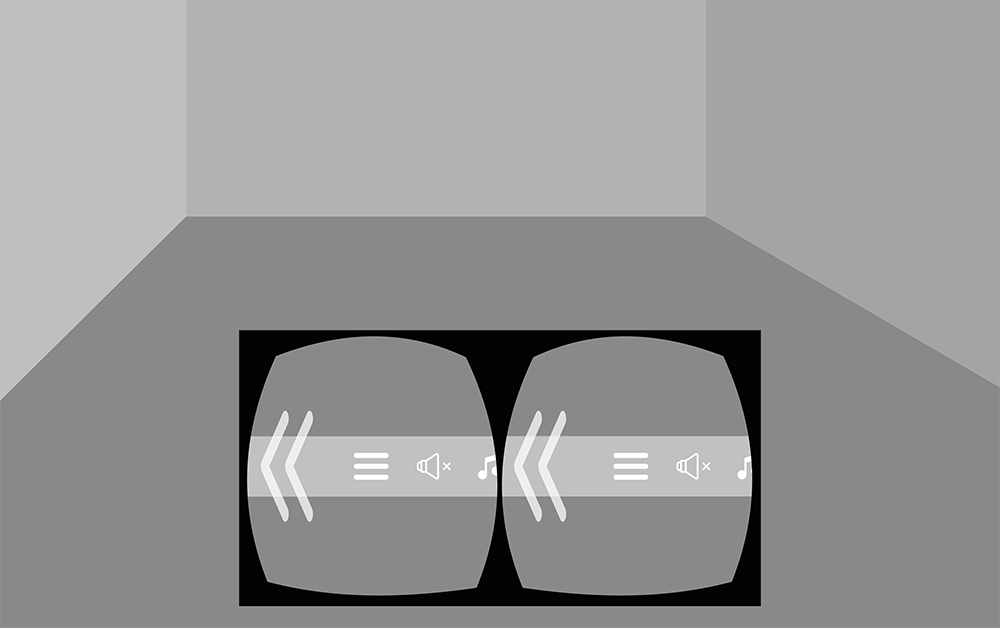 ↑ Navigation the band menu, the user scrolls through the menu to select a menu item.

Organization of menus and submenus in the virtual reality objects.

Apart from the navigation of strips, place a menu on the objects in the virtual space. Unlike the navigation lanes, the menu object will not move after the gaze of the user. 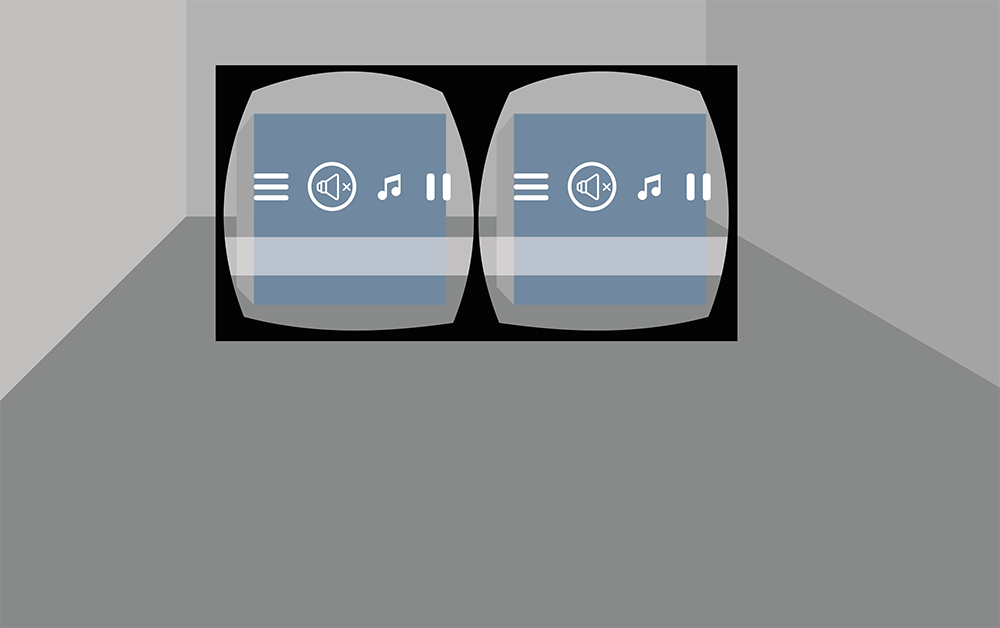 ↑ Menu on the object.

This product is designed to provide easy navigation and control objects in virtual reality.
Watch the video 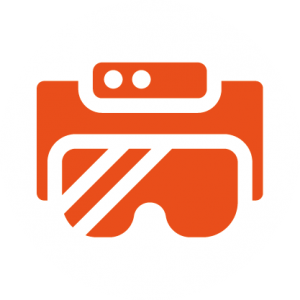 Standard
The standard version of the plugin includes technical support from us. Contact us to learn more.
Email: support@garpix.com
Download 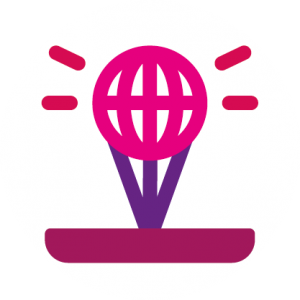 Business
The business version includes all previous versions of the plugin, as well as the possibility of revision of the plugin to suit your needs. Contact us to learn more.
Email: info@garpix.com
Contact us
Technical requirements 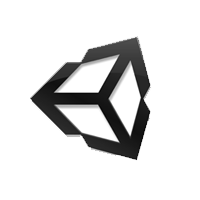 Version for integration with the development environment Unity3D: 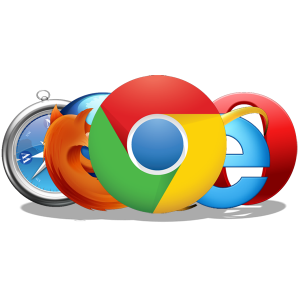 Version to integrate with Internet browsers:
Download for Unity3D